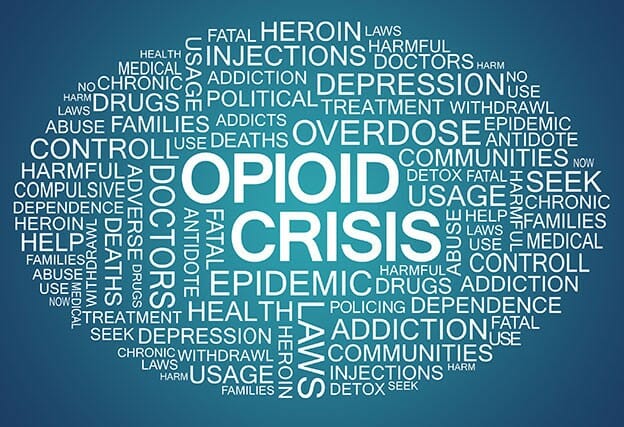 Opioids addiction is a major worldwide health issue due to the easy access that these substances have. Morphine, Codeine, Heroin, Fentanyl, Methadone, Vicodin, OxyContin, Hydrocodone and Oxycodone are among the most common opioids consumed by drug addicts. The naturally derived drugs, called opiates, come from the narcotic active components of the opium poppy. The modified versions of this component are called opioids and are synthetic and semi-synthetic drugs. But the term opioid is generally used.

Prescription opioids addiction is one of the major health issues at the moment due to the surprisingly easy access that these have. Many of these drug addicts use to have a muscular or skeletal health problem that merited the consumption of opioids. This is how they start developing the addiction to these substances due to the tolerance effect that drugs produce. They usually say that the pain of the underlying health problem has not disappeared and that opioids act diminishing it, but most of times this is not true. Is the drug addiction talking, not the underlying health problem (if still exists). Many of these opioids addicts may change to a synthetic or semi-synthetic opioid due to the minor cost and major drug effect. The Center for Disease Control and Prevention say that “certain studies reveal that as many as three out of every four current heroin users were previously prescription opiate abusers.”

Opioid addiction treatment consists in detoxification programs, rehabilitation and therapy. Detox is the withdrawal of the drug using in the meantime stabilizing and maintenance drugs under the supervision of a medicine specialist belonging to the medical treatment team. Methadone or buprenorphine are usually used in the transition of patients detoxing from powerful drugs. This process is completed inside a specialized medical center.

When detox is over, most of the patients will be translated to other facilities or to their homes for rehabilitation and therapy. In this phase, friends and family support is necessary. A medical therapist or counselor will guide therapy, which can last from 30 to 90 days approximately, and include sessions of individual and group therapy, and other activities that will help in the recovery from these opioids. Many patients can remain doing therapy for all their lives, continuing to go to Narcotic Anonymous reunions, individual or group therapies, among other rehabilitation technics.