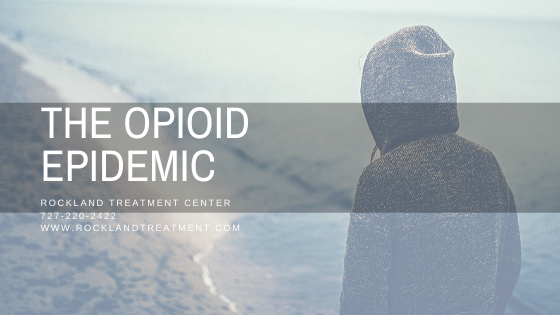 The Opioid epidemic has spread to every group of people in the United States. The Opioid addiction crisis claims over 100 American lives daily.

The sad truth is that if you’ve succumbed to opioid addiction, you’re far from alone! “Super-Drug” Oxycontin time-released and the milligrams are much higher than the original “Oxycodone & Acedomenphin” better known as Percocet which was widely prescribed for temporary use from dental work, to a broken arm or leg! We’re not saying this drug isn’t or wasn’t addicting…but minimal in comparison to the Drug Oxycontin.

Oxycontin was marketed across the United States for chronic pain suffers when standard protocol wasn’t working, cancer patients, accident victims this medication wasn’t for the masses. Tylenol (Acedomenphin) was at the time under attack for its liver-damaging newfound research. The makers of Oxycontin marketed it safer for long term use as they removed the Tylenol from the drug, and as stated created a time-release pill with up to 80mg? That’s 8X stronger than Oxycodone?  However, it did work for people suffering from debilitating pain?

What Is the Opioid Epidemic?

Starting in the 1990s with the increase of prescription painkillers, the Opioid epidemic has become a modern health crisis. It has been likened to a plague due to the high number of overdose deaths left in its wake. When people talk about the opioid epidemic, they are referring to a variety of behaviors and events related to the abuse of prescription painkillers and/or Opium-derived illicit substances. The abuse of prescription Opioids (e.g. Hydrocodone, Oxycodone, Heroin, and et cetera), hospitalizations, overdoses, and deaths are all aspects of the Opioid epidemic currently affecting the 2.1 million Americans with an opioid addiction. An average of 115 Americans die each day from Opioid-related overdose.

Help is out there

Reach out to a dedicated treatment specialist and learn how you can create the life you want.

Opioids are a class of drugs that are chemically similar and act on Opioid receptors in the brain and nerve cells. They interact with the body to relieve pain and can create feelings of euphoria. Historically, Opioids were derived from the Opium Poppy and turned into medications like Codeine and Morphine. Today, semisynthetic and synthetic Opioid medications (which are still derived, at least to some degree, from the Opium Poppy) have caused even more damage because of their potency. For example, Carfentanil is an Opioid analog 5,000 times stronger than Heroin and 10,000 times stronger than Morphine. Contact with a few grains is toxic enough to be fatal.

How the Opioid Epidemic Started

The Opioid epidemic began in earnest in the 1990s when pharmaceutical corporations roundly assured the medical community of the safety of prescription opioids as pain relievers. This period is described as the “first wave” of the opioid epidemic. At the time, TV advertisements, posters in your doctor’s office for medications increased to the point that patients could request prescriptions by name. Believing the threat of addiction to below, doctors began prescribing painkillers in record numbers. By 2011, doctors were writing 278 million Opioid analgesic prescriptions annually. Yet, illegal street drugs and drug busts garnered more attention, leaving increasing numbers of Opioid overdose

The second wave of the Opioid epidemic started in 2010 with a concurrent rise in Heroin deaths as prescription painkiller deaths continued to climb. That year, 16,651 people died from drug-induced overdose; Heroin was involved in 3,036 deaths. During this time, deaths from prescription Opioids overtook deaths from motor vehicle crashes, Cocaine, and Heroin combined. The rise in Heroin use, as an injection drug, also led to a rise in the spread of infectious diseases like HIV and Hepatitis C.

The third wave of the Opioid epidemic started only three years later with deaths involving highly potent synthetic Opioids (like Fentanyl and Carfentanil). In 2016, nearly a third of all drug overdose deaths and half of all Opioid deaths involved a synthetic Opioid, up 100% from the previous year. 19,413 individuals died as a result of synthetic Opioids in 2016, more than any other drug. What’s worse, illegally manufactured derivatives synthetic Opioids are now often added to counterfeit pills (like Benzodiazepines) and other street drugs (Heroin, Cocaine, Marijuana) for added side effects and to increase addictiveness. This has also contributed to a rise in overdose deaths for those substances.

About 40% of Opioid overdose deaths involve a prescription Opioid.

Who the Opioid Epidemic Affects

Specific populations, like teens and veterans, are experiencing troubling rates of addiction and overdose, yet no group is exempt from the effects of Opioid addiction. The rate of Opioid overdose death is 5 times higher in 2018 than it was in 1999. In that time, the abuse of Opioids has spread across every demographic in the US. In 2015, a third of the adult population used prescription pain relievers.

Today, individuals between the ages of 25 and 44 are seeing the largest increases in the number of overdose deaths, especially males. Fringe metro and micropolitan areas see the highest rates of addiction and death. The states with the highest rates of death fall mostly on the eastern side of the US. Opioids are highly addictive because they not only reduce pain, but they also interact with the reward center of the brain by releasing dopamine or endorphins. Over time, the brain stops releasing these chemicals on its own. A person will then feel the need to take Opioids just to feel “normal.” This is known as an Opioid dependency. Studies have shown that repeated use of analgesics also affects the body’s ability to cope with pain. Thus, most people abuse prescription painkillers for the very reason they were prescribed (and not to get high).

Nonetheless, an Opioid addiction is likely to develop in those with prolonged use. Research revealed that among patients with a prescription lasting at least 8 days, 13.5% were still taking them the following year. The number still taking pills jumps to 30%  among those with a 30-day prescription. A number of people, once they’re unable to obtain a prescription, will then turn to an easily-available, cheaper alternative – Heroin. 80% of people with a Heroin addiction first abused an Opioid prescription. In 2016, there were more than 948,000 people using Heroin (cheaper than Oxycontin)  in the US. Heroin use has gone up among men, women, most age groups, and all income levels; and its overdose death rate has increased by 19.5%.

Additionally, Opioid addiction affects the growing numbers of pregnant women (most had been using prescription Opioids prior to becoming pregnant). Opioids are dangerous to a fetus and can result in neonatal abstinence syndrome (NAS), or a group of health issues caused by exposure to opioids in the womb. Babies born with NAS are addicted to Opioids and will go through withdrawal after birth.

Call now to be connected to a compassionate treatment specialist today 727-220-2422!

We’re responsible for our own actions in life right? As someone who’s lost a loved one to this epidemic, I personally will tell you that it’s a dichotomy as this drug wasn’t for the masses! I even spoke to a reputable pain management doctor, and he knew right away that this was addicting but at the same time it was helping people with pain management. He’d only give Oxycontin to the patients most in need, and only for short term use! Once they reached a level of management, shots, surgery, etc. He had a taper down the program so the patients weren’t dependent. He went on to say that was always his protocol with opioid drugs, but he saw a high increase of dependant use after pain and tapering off was not working.

He’s known very well in his community for pain relief trying to stay away from these medications as much as possible.

I went on to ask him, did “Big Pharma” cause the opioid epidemic we see today by creating this super drug? He said yes, as soon as they became under fire, and pill mills were shut down, both legitimate patients and those whom became addicted only could obtain this high powered opioid drug on the black market, which led in his opinion to the comeback of Heroin!

You’re not alone, but as you’ll know if addicted today society nor the drugs themselves care about the how, it’s sad but true that you’ve got to take the bull by the horns before like so many before you that didn’t make it through this epidemic!

Getting Help for an Opioid Addiction

Opioid addiction can be one of the harshest addictions to recover from. Depending on the length and severity of the addiction, the body may have to make serious readjustments to function normally again. Once someone with an addiction stops taking Opioids, their body enters withdrawal. Opioid detox can be extremely painful and potentially fatal. Commonly, a detox center is recommended for those with chronic Opioid addictions to clear the body of substances. We have helped so many and we know you can do it!  Our Opiate Treatment Program Opiate Treatment Program