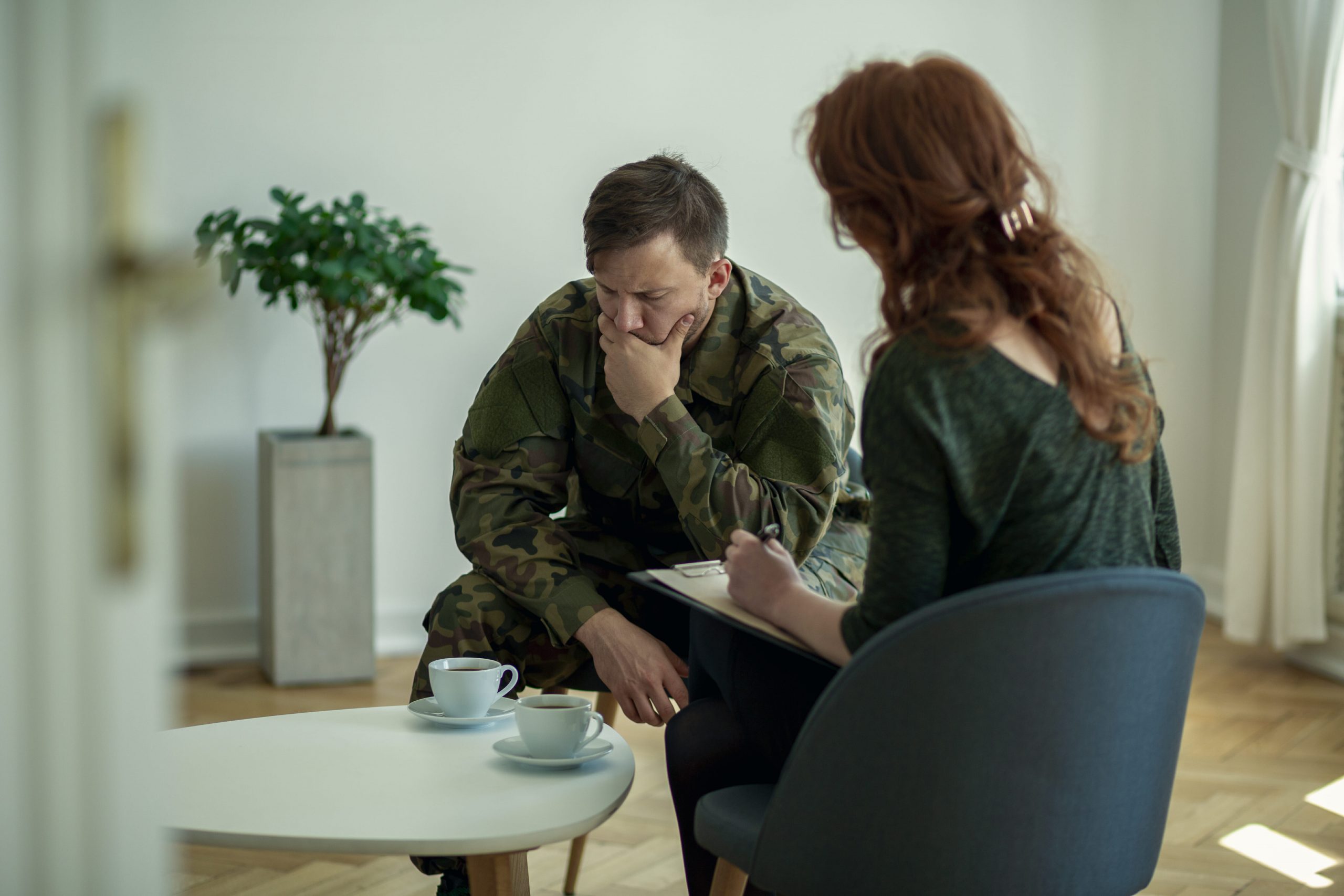 Across America, perhaps no one single group of people sacrifice more for their country than the armed service members – both active duty and retired veterans who at some point in their lives were willing to give up everything to protect and defend their nation.

At the same time, the suicide rate among American veterans has increased by 25 percent in the last decade, making them more in danger of mental health disorders than the population at large. With over 23 million veterans across the country, studies suggest that only half of returning service members who need treatment for their mental health actually seek care, and substance abuse continue to mark a growing concern among both enlisted and retired members of the armed forces.

To learn more about the immediate nature of this growing tragedy, we’re analyzing the 2017 Behavioral Risk Factor Surveillance System (BRFSS) data from the Centers for Disease Control and Prevention (CDC). Our study takes a close look at the dangers of binge drinking among veterans, drunk driving incidents, and the emotional and physical trauma that could be leading to this substance misuse among some of America’s most dedicated heroes.

Since 2013, the number of veterans who’ve been diagnosed with episodes of binge drinking has increased from roughly 14 percent to nearly 16 percent. But as our analysis shows, binge drinking among veterans may affect certain subsets of service members far more than others.

Typically defined as consuming more than four drinks within a two-hour period for women and five drinks for men, binge drinking can lead to severe mental and physical health concerns. Roughly half of all alcohol-related deaths in America are related to extreme consumption, and in addition to alcohol poisoning and rapid cognitive decline, even just a single night of heavy drinking may cause lasting damaging effects on parts of the body, including the heart, liver, lungs, and brain.

Overwhelmingly, research suggests the biggest factor leading to substance abuse and dangerous drinking habits among veterans is post-traumatic stress disorder. Service members who exhibit PTSD symptoms are more likely to be linked with drinking problems overall, including between 60 and 80 percent of Vietnam War veterans specifically who’ve been diagnosed with alcohol abuse disorders and have a higher occurrence of binge drinking. Sadly, the same studies suggest alcohol consumption is more likely to exacerbate the conditions of PTSD rather than help abate them.

Mental health disorders and depression aren’t uncommon among armed service members. Particularly among those who serve abroad, the likelihood of PTSD or related mental health conditions is significantly higher than among the standard population. Studies suggest that 30 percent of veterans who served in Iraq and Afghanistan may have returned home with mental health issues that put them at a much higher risk for suicide and depression. Unfortunately, those same service members may not have consistent quality access to care that could successfully address all of their needs.

Instead, alcohol abuse and binge drinking are higher among vets who identify as depressed compared to those who don’t. In many cases, addiction can become a coping mechanism for trauma or depression. Moreover, the percentage of depressed veterans who at some point have been involved in an episode of binge drinking has increased substantially between 2014 and 2016. Compared to the roughly 15 percent not linked to depression who were identified as binge drinkers, more than 1 in 4 American veterans who self-identified as depressed were linked to binge drinking. Perhaps even more dangerous, veterans with depression are more than twice as likely to be linked with drunk driving compared to those without similar mental health concerns.

For people of all walks of life, depression often occurs after a trauma. That may not always be the case (mental health concerns like depression have also been identified as a hereditary condition for some), but particularly among service members, those suffering from PTSD are typically three to five times more likely to experience depression. In most cases, depression and PTSD also happen to exhibit many of the same symptoms.

Between 2014 and 2016, the depression rate among female veterans in America fell sharply from 47 percent to 37 percent, causing the total percentage to decrease slightly from 28.2 percent to 27.7 percent of vets who’ve been linked with depression. Over that same period of time, instead of declining, the depression rate among men increased from 26.2 percent to 27 percent in 2016. And while major mental health concerns varied among service members with different annual salaries, it was the unemployed (40 percent) and those disabled and unable to work (68 percent) who were most commonly linked with depression. In 2016, more than 450,000 of the nearly 21 million U.S. vets were unemployed and looking for work.

Getting Vets the Help They Need

The men and women in America who volunteer to be a part of the armed forces recognize the level of sacrifice associated with their service. From the amount of time they dedicate to their respective branch of the military to stresses on their body and mind, there’s nothing easy about the work they do. Still, many leave their service with either physical or emotional trauma (or both) that may cause depression or even thoughts of suicide. As our analysis revealed, that depression may have a very strong correlation to the rising number of vets linked to binge drinking and drunk driving.

No matter who you are or what walk of life you come from, help is always here for you. At Rockland Treatment Center, our mission is to help men and women across the country learn more about the disease that is addiction and find the support and treatment they need to live their best lives again. If you or someone you love is battling alcohol abuse, let us help you find the care you need.

On this special day, we’d like to honor the brave men and women who fought and served in our armed forces, and if you are suffering from substance abuse, ask for help! Even the strongest need a little help sometimes!